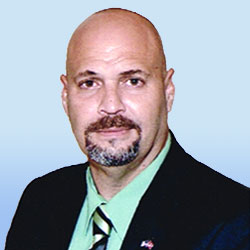 Vince Seijas B.S. BU, CFM, is a Director At-Large for the Florida Floodplain Managers Association, Vice President of the local BOAF Chapter, South Florida Building Officials Association. Vince earned his Bachelor’s Degree in 1999 and enlisted in the Marine Corps earning the MOS of Nuclear, Biological, and Chemical Defense Specialist that equipped him for a future track in Disaster Mitigation and Hazard Planning. Once his formal training was completed he was assigned to 4th Air Naval Gunfire Liaison Company, United States Marine Corps Reserve where he deployed twice overseas. First in support of the NATO Weapons Inspections in Iraq and finally in support of counter terrorist operations and Operation Iraqi Freedom.

Upon returning, Vince went back into the booming construction industry he had grown up in when he earned his General Contractors License and shortly thereafter, his Roofing Contractors License. His work included extensive residential site development and construction. When the market took a significant downturn, he was shifting into extensive work rehabilitating condominiums and medical facilities. This was his queue back into public service, starting in Miami-Dade County as a Building Inspector in 2012. In 2017 he was promoted to Senior Code Officer with the Board and Code Administration Division Miami-Dade County Department Regulatory and Economic Resources. He then left Miami-Dade County in July 2021 to become the Chief Building Official and Floodplain Administrator for the City of Doral, where he continues to serve. 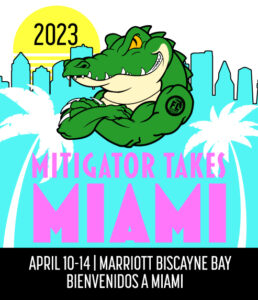