The Association of State Floodplain Managers annual conference bounces around the country each year, and in May 2019, it landed in Cleveland, Ohio. The conference kicked off on Sunday evening with a Rock & Roll themed social event and concluded Thursday night at the Rock & Roll Hall of Fame on the shores of Lake Erie.

FFMA continued its tradition of winning the Running of the Chapters 5k, the 7th such occasion in the 7-year history of the race. The winning tradition continued with Ocala’s Sean Lanier winning the 2018 CRS Award for Excellence, which Lisa Foster of Pinellas County won in 2017. FDEM’s Shannon Riess was elected as Vice Chair of the ASFPM Board of Directors. Capping off FFMA’s winning slate was one of the highlights of the week, when our Associate Education Director Sally Cook won the John Ivey Award for Excellence in Certification—she had no idea she won until they announced her name at the Thursday awards luncheon!

Lisa Foster was our lone scholarship recipient this year, so please submit a scholarship application if you are interested in attending the ASFPM Conference in Fort Worth, Texas being held June 7-11, 2020. Lisa also gave an excellent presentation on Engaging Real Estate Agents in Flood Risk Communication.

Del Schwalls continues to represent Florida as the ASFPM Region 4 Director, and gave a presentation on Navigating the Changes in the New EC and the Most Common Errors.

Several FFMA members served as Moderators for concurrent sessions, which raises the visibility of the individuals along with our Association. FFMA members who served as moderators included Shannon Riess, Bruce Bender, Sally Cook, Claire Jubb, and Josh Overmyer.

We also started a trend, with the Georgia Association of Floodplain Managers following our lead of having a booth in the ASFPM Exhibitor Hall, with a few other chapters expressing interest in doing the same next year. The FFMA booth was a big hit, once again, with Sally Cook’s temporary tattoo shop, Cece’s endless supplies of badge bling and candy, and a central location for FFMA members to hang out and rest during the day. We met several interested sponsors for our 2020 FFMA Conference in Orlando, potential speakers, and even a few Floridians who are interested in joining FFMA as members. 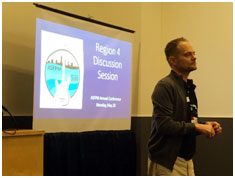 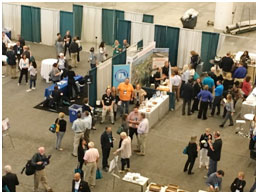 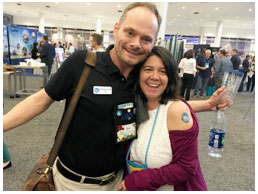 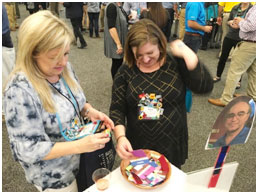 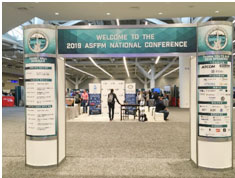 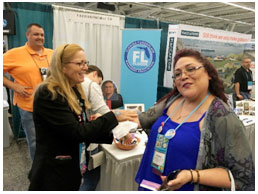 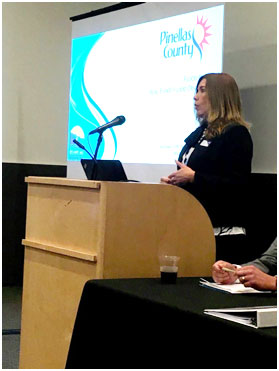 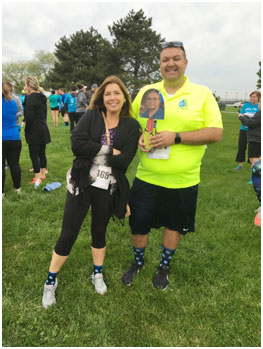 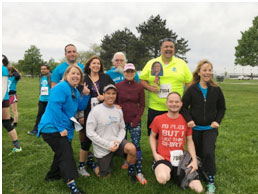 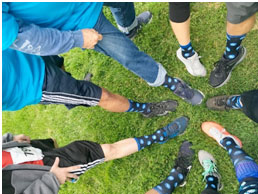 Take a look behind the scenes.

WEBINAR: Toward a Resilient Transportation System